Chess is one of the oldest rivalry games in the world. It enjoys equal reputation with I-go, Chinese Chess and Shogi of Japan. Generally, people think this kind of game emerged in northern India before 500 A.D. It was much easier to play the game then. The chess pieces represented infantry, warriors, chariots and elephants of Ancient India. On the chessboard, the king and his vizier (i.e. the present queen) reign over everything. According to most of the historians, chess was gradually spread to middle Asia, China, Persia and Europe from India. In the 11th century, it prevailed in Constantinople and became a pastime favored by Alexis Comnene, the king of Byzantium.

Since the game was brought to the West, names and designs of some chess pieces were connected to the strata of the feudal Europe. The king and the pawns were certainly unchanged. But the elephant, which was a kind of heavy force in the Indian army, was replaced by the bishop in the West. Bishops were powerful in churches of the middle ages while nobody knew the mightiness of elephants in wars. When describing the 2nd Punic War, Levy, Chess historian mentioned that Hannibal made us of beast forces in the fighting on the mainland of Italy. Warriors on the Indian chessboard were turned into knights, which was universally recognized as a representation of chivalry. Ancient chariots were turned into castles (“turn” in German, “torre” in Spanish and “tour” in French are all “castle”), which were called “rook” in English (castle-shape chess piece). This word originates from “ruhk” in Persian (meaning chariot) or from “rocco” in Italian (meaning castle). Finally vizier was renamed queen, who was an important role in the royal court in the middle ages.

Late in the 15th century, the rules of chess underwent a spontaneous change in Europe. 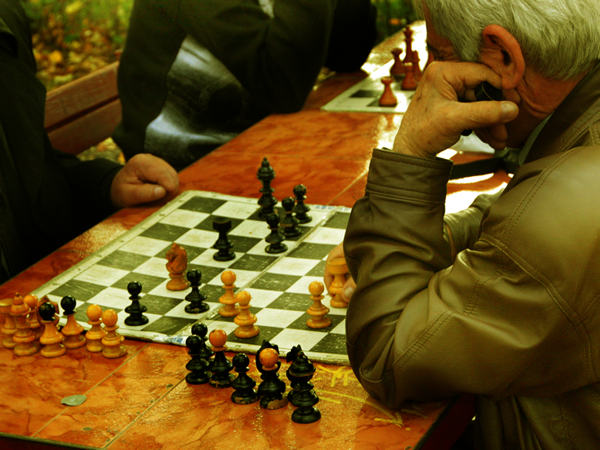 The most important change was that the queen took on a thrillingly powerful role on the chess board rather than leeching off the king. Besides, pawns can move 2 squares at the start; bishops can freely move on the bias; the king can exchange location with rooks. Those changes show that the rules of chess in the 150 countries and regions of today’s world are alike. These rules have been recognized by the 5 million FIDE registered chess players. Till the 20th century, chess was always regarded as the game for the noble and the rich with leisure. However, since the October Revolution in 1917, the Soviet Government attached importance to chess and promoted it with much effort. The game has become popular gradually. There are 5 million registered chess players at FIDE and hundreds of millions of people who can play chess (according to the statistics of FIDE at the 1990s, the number was around 3 hundred million all over the world), and most of them are fans of this game except for the limited number of top players who regard chess as art and lifelong career.

It is true that in USSR and Russia, which took over the flag of “Chess Kingdom” from USSR, chess is a national sport and respected as the “National Board Game”. It is even more popular than football. With the drive of the country and its people, since 1940s, grandmasters of USSR had more or less controlled the chess circles worldwide, though their superiority were soon challenged by power chess countries like the UK and the USA.

Among all board games, chess is an ideal game that integrates strategies and skills. By comparison, we can see the victory of backgammon is dependent on the throw of dices, which is involuntary; the scale of draughts restrains the technical victory. Only I-go, Chinese Chess and Shogi of Japan can run parallel with chess in terms of idea, science and depth.

Chess can be regarded as a game integrating art, science, knowledge and inspiration as a whole. When analyzing chess games, we practice logic. When playing the game and utilizing strategies, we need a creative inspiration. But unlike crossword, chess is not a purely test of character intelligence. The rivalry of chess plunges the two parties into a bloodless war, which is an intense fight of their thoughts and will and a fortitudinous contest of their physical strength.

The rules of playing chess are changeful and fun. It is good for the intelligence development of the youth. Therefore, there are many countries that have placed chess on the primary school curriculum.